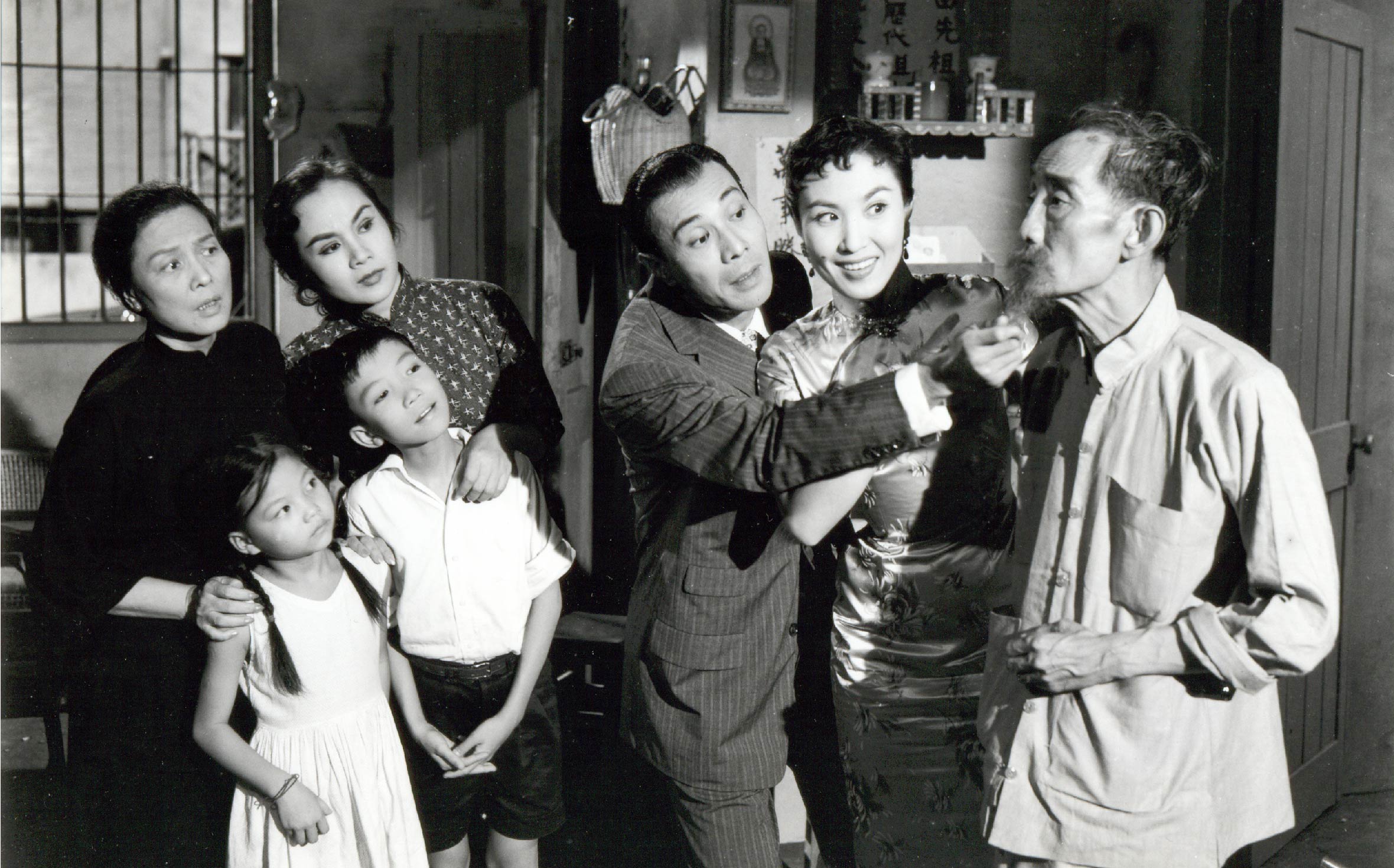 
This film was discovered locally in 1999.

In 1949, a group of important film-industry figures formed the South China Film Industry Workers Union (SCFIWU), dedicated to improving the working conditions of the industry as well as elevating film quality. Ten years later, the Union invited a large number of key Cantonese-cinema filmmakers to volunteer for the making of Feast of a Rich Family as a fundraiser for establishing a permanent office. In 1999, the Cultural Presentations Office presented a programme to celebrate the 50th Anniversary of SCFIWU, which, true to the Union mettle, deposited the film in the Archive as a testament to the cooperative spirit that informed the organisation.


To show off his wife's new diamond ring, nouveau-riche Fung plans to throw a banquet, supposedly to celebrate his father's beard. However, he is embarrassed at his impoverished father's thinness, and force-feeds him to a ridiculous degree. Fung's sister and her husband dislike Fung's arrogance, and at the same time get into a fight over the gift to bring. Meanwhile, Fung's nemesis Ho also plans a party at the same time, luring guests with gifts of gold. At the banquet, Fung's father cannot stand it any more and rips off his fake beard in front of the guests, exposing the lie. Numerous Cantonese filmmakers as well as various Mandarin film stars enthusiastically supported the production. The script writers' branch of the SCFIWU split up into teams to handle plot development, writing and editing the script of this now-classic Hong Kong film. From one banquet invitation, the plot pans out and describes the situations in several families and the states of mind of people in different economic strata. It is one of the signature films of the period.

Ticket Distribution of Feast of a Rich Family :

Tickets will be available on a first-come, first-served basis. One person can register for two tickets the maximum.

Thank you for your support!

Free tickets for the screening of Feast of a Rich Family (1959) in support of "World Day for Audiovisual Heritage" have ran out due to the overwhelming response from the public. Walk-in seats are available on a first-come, first-served basis. Audiences are welcome to queue up outside the Grand Theatre of Hong Kong Cultural Centre 30 minutes before screening begins. Each person can receive a maximum of two tickets.