The Work of Preservation

We often encounters films and film-related materials that have been damaged due to extended neglect. We are responsible for restoring those damaged films and providing a sound environment for our collection's safekeeping. Depending on the characteristics of different types of collections, we optimise temperature and humidity conditions of our collection stores. Film vaults in the Archive are kept at a temperature of 4℃ and relative humidity of 30-35%. Film-related materials collection stores are kept at a low temperature and low humidity environment at 16℃ and 50-55% relative humidity.
﻿

We often encounter films with varying extents of damage due to hot and humid climate or excessive use.

As of today, no film carrier can last forever or function as long as we want it to. Preservation, in the archival context, means keeping deterioration to the minimum so that a copy of high quality continues to exist. Through duplication, contents contained in unstable celluloid can be transferred to more mature, reliable digital media. Film digitisation conduces to preserving film heritage, because the digital films are made available for access and the celluloid films can be kept in stores for preservation.

Transition of film restoration from optical to digital presents a new set of challenges and opportunities. Optical restoration in earlier stage involved film editing and darkroom techniques, limited to calibration of colours and removal of scratches while printing new copies. Leveraging the latest digital restoration technology and high-performance audiovisual suites, film prints are converted to digital visual and sound files before a digital copy is produced based on better preserved parts and retained the best audiovisual quality by removal of scratches, colour correction, deflickering and sound restoration. Our aim was to restore the film back to its original look at the time of its initial release, while any inherited defects would be kept untouched. Celluloid is more developed than other digital carriers as a means to preserve. As per the recommendation by the International Federation of Film Archives (FIAF), we duplicate each restored film a set of picture and sound negative plus preservation positive on archival celluloid. Only by doing this could a film be considered duly preserved.
﻿

Artefacts can deteriorate or become damaged while handling and in storage as a result of environmental action and causes mould, tears and loss, etc. Conservators would evaluate condition, clean and conduct treatment for the artefacts.

Re-attach the tear of a magnetic tape

Remove adhesive tape on a photo

Clean and repair detached parts of a trophy

Repair insect holes on a cheongsam

Repair loss on a paper object

Repair tears on a newspaper

Selections of 'Hong Kong Film Archive Restored Treasures' are available for sale at the Archive and major bookshops.

As nitrate film material is highly flammable and can burn spontaneously, it has been phased out since the 1950s. To transfer the film's content from the dangerous nitrate material to polyester, a safer and more stable material, is therefore necessary for proper preservation in the long run. The splicing of the film was executed in a rarely seen manner, with several layers of film overlapping each other during almost every scene change. During the course of work, all damages on the film materials were repaired and splices were reinforced to avoid further damage to the film materials during image duplication processes. The film materials had also been thoroughly cleaned to ensure a smooth printing process and elevate image quality. The serious shrinkage of the original materials rendered it necessary to use an optical step printer with specially designed sprockets. In addition, a special technique known as full immersion wet-gate printing was employed to reduce possible scratches on the original materials in the printing process. A new set of interpositive and picture negative were produced.
Since the soundtrack material had seriously deteriorated, part of the soundtrack negative was stuck together and could not be recovered. The remaining soundtrack underwent digital restoration, noises were reduced, the signal-to-noise ratio raised, the pitch adjusted and the running speed modified. A new soundtrack negative was produced.
The last step of this phase of work was the production of new copies. A new archival copy and a new projection copy were struck from the new picture negative and restored soundtrack.

In 2009, we had inspected the loose fragments of the composite print. The edge code of the year 1947 found attests to the fact that it was the master of the 1948 re-release copy, and could very well be the scenes edited out from this version.
Dr Koo Siu-sun, a veteran writer, offered his thoughts on where the loose footage was to be inserted based on his reading of the film brochure published to tie in with Confucius' premiere in 1940. Having carefully considered the suggestions made by Dr Koo, as well as the expert opinions of director and film critic Mr Shu Kei, we took the bold step of inserting the loose fragments to where we believed to be their rightful places. Because these fragments from 1947 were themselves struck from duplicate negatives, the image had to be digitally enhanced before they could be re-integrated with the rest of the film. At the end, we digitally restored nine minutes of footage and inserted the break-off scenes back into the film. 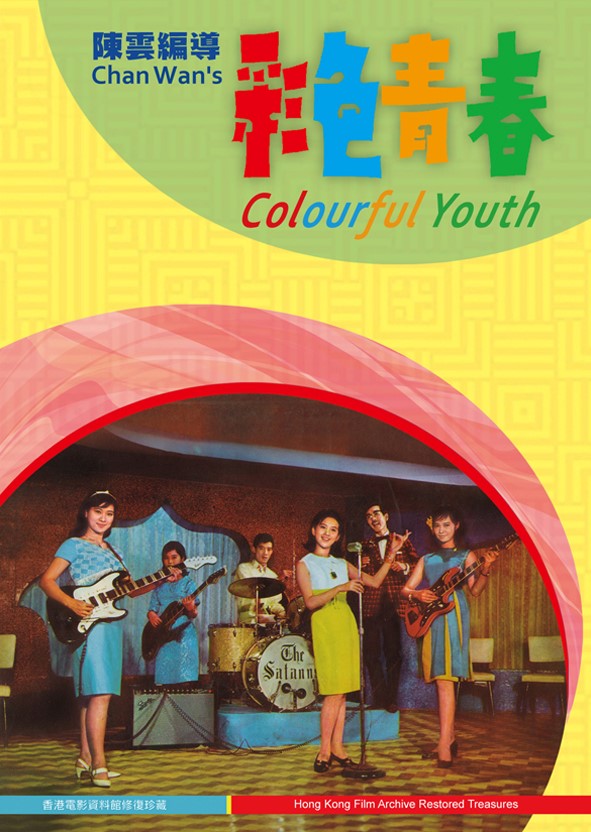 In 1995, we found negatives, soundtracks and prints of Colourful Youth at Olympia Theatre in North Point prior to the cinema's demolition. Most of them had decomposed, and only a set of nine reels of negatives and soundtrack with an approximate duration of 87 minutes could be restored.

However, they were not completely problem-free. First of all, the negatives had succumbed to vinegar syndrome. Because cellulose acetate is one of the materials used in the manufacturing of this type of film, improper storage will cause it to absorb the moisture in the air, giving rise to a chemical reaction which releases acetic acid into the air. The acetic acid, in turn, causes fading or discoloration. Acetate film base degradation can also lead to film shrinkage. Because each section of a reel deteriorates at a different rate, warping becomes another problem. The film may soften and turn sticky as well – for example, one reel of soundtrack negatives we collected was stuck together and could not be unfurled, causing a part of the visuals to have no audio. In addition, the picture and sound fell out of sync due to the deterioration and shrinkage of the soundtrack films. Other issues included flickering in places at the heads and tails of reels, jittering images caused by uneven distances between the perforations due to shrinkage, and the appearance of spots. Luckily, because the negatives themselves were rarely used, there were only a few scratches.
We first cleaned the negatives and conducted some preliminary restoration work, so that a more complete set of negatives could be used to make a test copy. The extent of discoloration was assessed through viewing the duplicated images from these negatives, and the most suitable course of action was determined. Then, the film was digitised into 2K resolution digital image data to facilitate digital restoration. Through digital restoration, the amount of flickering and jittering were reduced, spots were removed, and colours were corrected. Finally, we fix the sections where the sound and picture were out of sync by digital means. The restored version has more vivid tones, clearer images, and sharper contrast, bringing back the ambiance of 1960s musical films.

After the screening of the restored version at the Hong Kong Cultural Centre in 2011, a member of the audience kindly lent the Archive a videotape, which contained about 22 minutes more footage than the original version in our possession. After research and discussion, we decided that the missing scenes would be added into the already restored version making the film more complete.
Because the visual data originated from a videotape in this instance, not only was the image resolution low, but it was also in analogue format, a lot of noise was found on it too. The biggest problem was that the colours of the images on tape were different from those on film, so the first task was to make the tones as consistent as possible, so as to minimise any contrasts between transitions. In addition, the images were digitally enhanced to increase their resolution as much as possible to match those in the already restored version. Other processes included the removal of video noise, the reduction of drop outs and sparkles, as well as the adjustment of the quality and volume of the sound in the videotape footage. 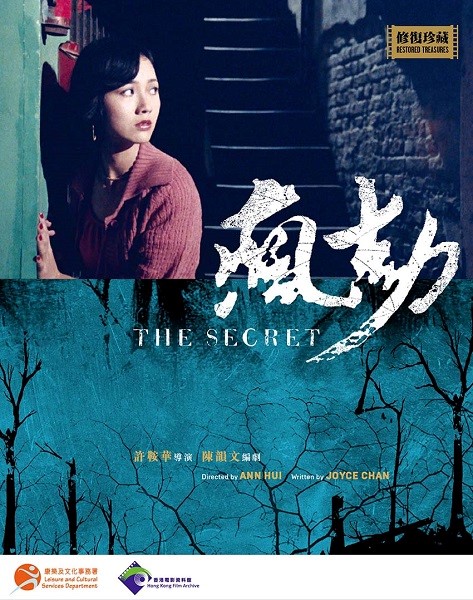 The Secret (1979), one of the classics of Hong Kong New Wave, is Ann Hui's directorial debut. As the internegatives' opening and end credits as well as the soundtrack are missing, some other source materials had to be prepared before the restoration process could begin. Apart from a VHS tape copy of the film which became the main source for sound, a copy of the film on Betacam SP tape also filled in the missing shots in the opening and closing credits.

The internegatives have partly deteriorated and been damaged with problems of image fading, flickering and jittering. Besides these are stains and spots on the films due to mould growth or scratching. Fortunately, the overall condition is still suitable for restoration. For the more serious cases of flickering and mould, each individual frame has to be restored manually. Another problems to be fixed was the jittering subtitles. For a few dark scenes with subtitles, we decided to keep the shakiness of the original image, so as to maintain consistency with other subtitled scenes and to make the subtitles appear more stable. Because these scenes were quite darkly lit in the first place and audiences would hardly notice any shakiness.

The audio track of the restored film was mainly extracted from a mono VHS tape. VHS tape and film have different frame rates, the former being 25 frames per second (FPS) and the latter 24 FPS. The audio track from the VHS tape therefore had to be converted into 24 FPS in order to match the visual. Nonetheless part of the audio and visual would still be out of sync with each other and the team had to perfectly synchronise the two by matching every lip movement of the actor with every line of dialogue and every single sound with every image. The sound technicians even extracted two spoken words that were missing from the VHS tape from the Betacam SP tape's audio track.
The quality of the audio track extracted from the mono VHS tape was also far from perfect. After noise reduction, the sound technicians had to further adjust the sound frequency, due to the lack of high frequency harmonics. When the audio restoration was completed, the whole sound track was re-mastered in a Dolby re-recording studio to meet the modern cinema standards. 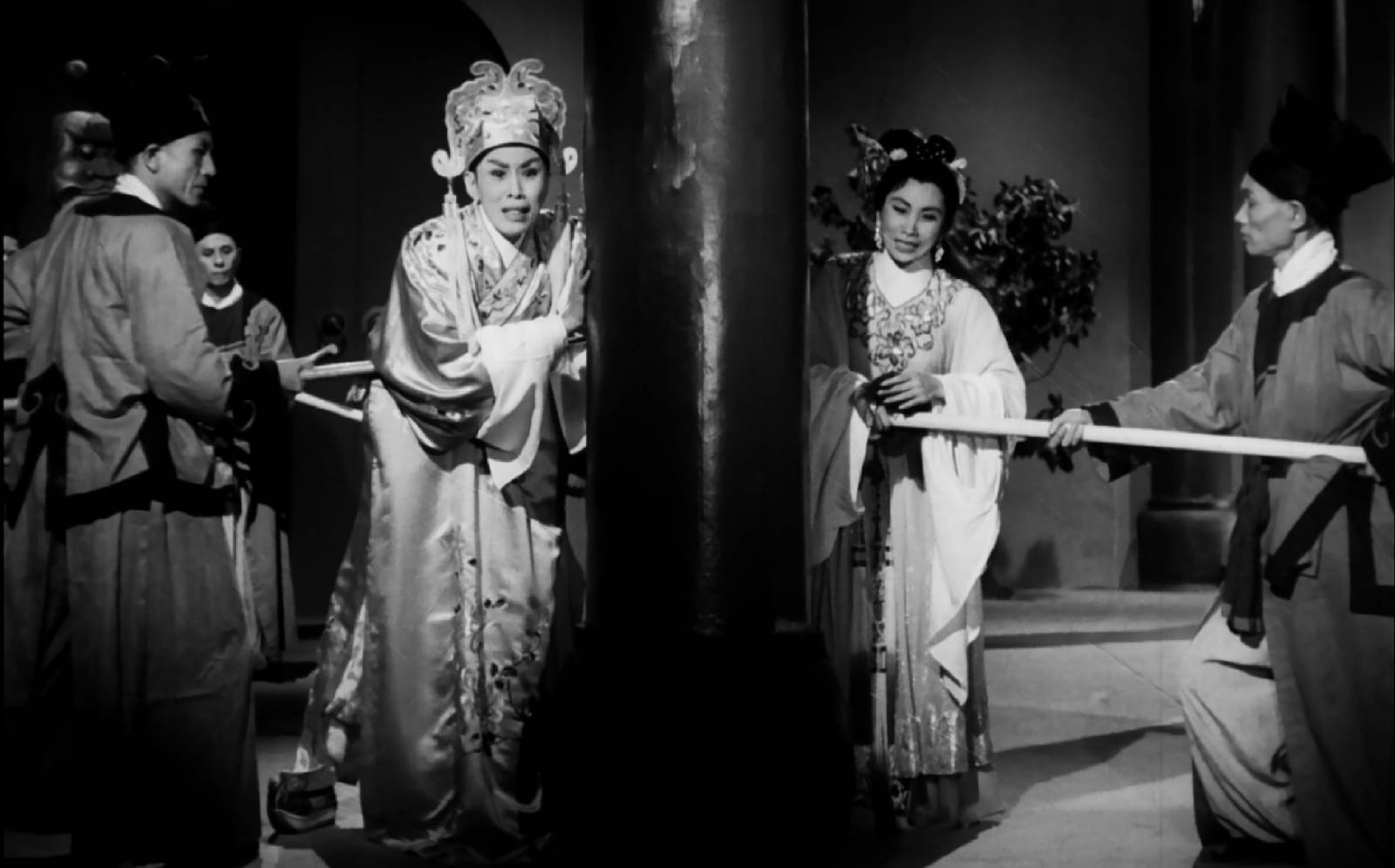 The Stars, the Silver Screen and the Period Wardrobe — Collection, Restoration, Exhibition (2017) 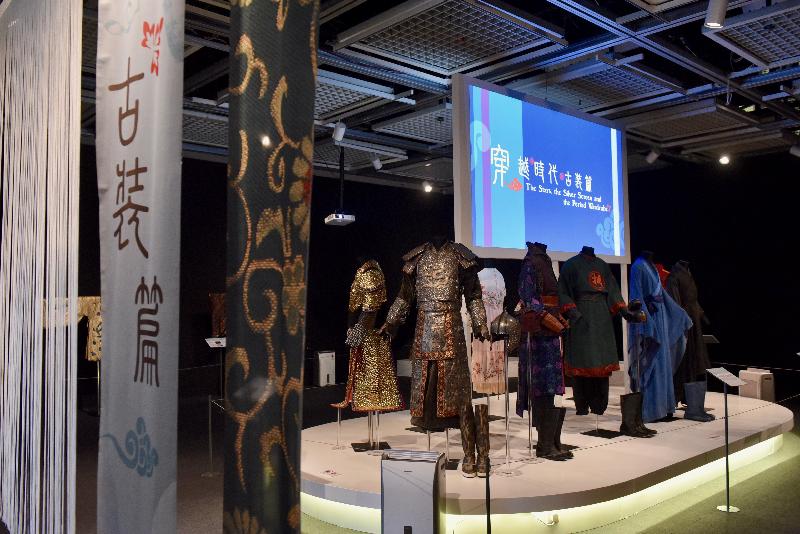 Restoration Video of The Valiant Ones (1975)